A graphic created by The Daily Signal encapsulates the utter barbarism of trafficking the dead bodies of aborted children.  The information on which the graphic is based comes from bombshell documents publicized by a federal panel investigating the buying and selling of aborted babies and possible criminal activity by abortion businesses, like Planned Parenthood, and tissue procurement companies, like StemExpress. 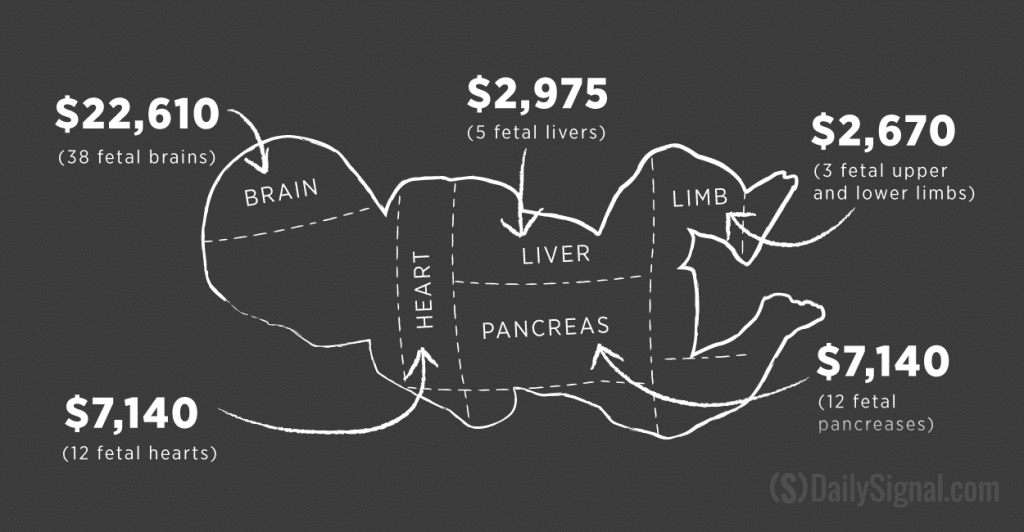 The Daily Signal distilled invoices and price lists subpoenaed by the Select Investigative Panel on Infant Lives, a subcommittee of the House Energy and Commerce Committee, chaired by Representative Marsha Blackburn.  When Blackburn’s staff initially asked a laundry list of businesses involved in fetal body parts trafficking to voluntarily remit documents crucial to the information, the businesses either did not comply, or redacted the documents beyond intelligibility.

That’s when Blackburn resorted to issuing a dozen subpoenas.  In the face of scrutiny by Democrats that Blackburn’s team obtained documents used as exhibits in Wednesday’s hearing on the “pricing of fetal tissue,” the Representative affirmed that the information was all obtained through regulatory investigative processes which, in addition to information obtained via the subpoenas issued, included input from whistleblowers, citizens’ Freedom of Information Act requests, and an Internet archive search engine.