You are at:Home»News»Issues»Abortion»Texas Right to Life team maintains active presence at SCOTUS hearings on HB 2

Washington, D.C. – March 3, 2015: This week, Texas Right to Life is present in the nation’s capital to witness historic debate at the Supreme Court, where the State of Texas has been called to argue for the constitutionality of pro-woman, Pro-Life provisions found in House Bill 2, the Pro-Life Omnibus Bill of the 2013 Texas Legislature.  Members of our staff, including Director Elizabeth Graham, External Relations Director Melissa Conway, and Legislative Director John Seago were at the Supreme Court on Wednesday.  Seago attended long-awaited opening arguments.  Graham and Conway joined national Pro-Life groups leading a rally on the steps of the Supreme Court building, a press conference with Texas Attorney General Ken Paxton, and spent the day fielding questions about the case from media. 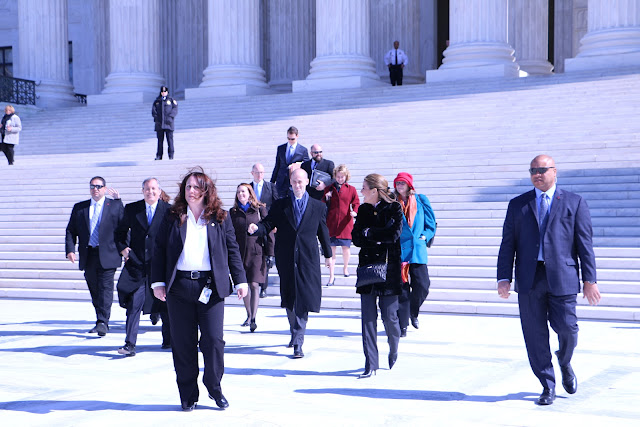 Whole Woman’s Health v. Hellerstedt was brought against the state of Texas by one of the state’s abortion mill chains working in collusion with out-of-state, anti-Life legal groups.  During Wednesday’s hearing, Justices Samuel Alito and Anthony Kennedy questioned the plaintiff’s arguments, pointing to a dearth of research and inconsistent reasoning.


Meanwhile, abortion-zealous Justices Sonya Sotomayor and Ruth Bader Ginsberg engaged in lines of questioning which suggested they were under-informed about many facets of abortion’s medical risk to women.  Justice Kennedy, thought to be the swing vote in this case, showed apparent skepticism toward the soundness of the plaintiff’s arguments, which has led some commentators to suggest that he will vote favorably towards the constitutionality of House Bill 2. 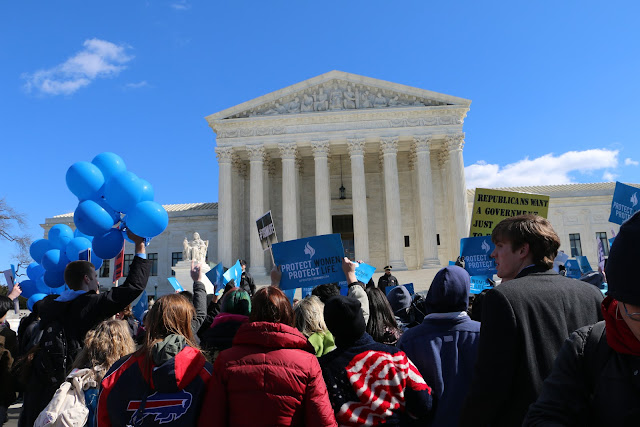 During the hearing, Texas Right to Life’s Melissa Conway spoke to the crowd of about two thousand gathered on the steps of the Supreme Court building.  Conway affirmed that Texas is committed to doing all we can to ensure the integrity of HB 2’s life-saving provisions.  Because abortion is both deadly for babies and catastrophic for women, Conway iterated the need for the historic Pro-Life Omnibus Bill that protects women and protects Life.  Over the noise of unruly abortion activists, Conway urged the Pro-Life crowd to join boldly in unity to stand strong in defense of Life. 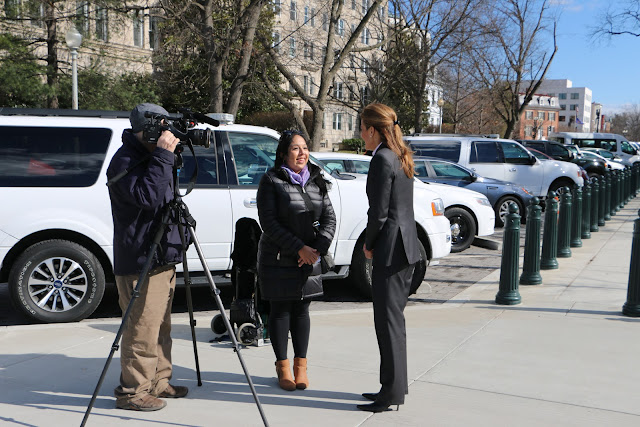 Throughout the day, the Texas Right to Life team fielded many questions from the media regarding the provisions of HB 2 and the stakes involved in the Justices’ forthcoming decision on the case.  Stay up-to-date with the latest on Whole Woman’s Health v. Hellerstedt at TexasRightToLife.com.