Austin, Texas—August 9, 2017: Today, the Texas House of Representatives passed Pro-Life Health Insurance Reform, one of Texas Right to Life’s priority bills and one of the 20 call items on Governor Greg Abbott’s agenda for this First Called Special Session of the Texas Legislature. House Bill 214, authored by Chairman John Smithee (R-Amarillo), passed by a vote of 92-46.

This bill would remove elective abortion coverage from the standard package of health insurance benefits provided under private and state employee plans, as well as public plans subsidized by the Affordable Care Act (ACA). Abortions provided in the case of a medical emergency would still be covered under standard insurance plans, but separate, supplemental coverage for elective abortions would be an optional purchase.

Pro-Life Texans are one step closer to no longer involuntarily subsidizing the abortions of others through their premium and tax dollars. Texas will join the 25 other states that have already opted out of providing elective abortion coverage through their federally-mandated health benefit exchanges. The companion bill to House Bill 214, Senate Bill 8 carried by Senator Brandon Creighton (R-Conroe), passed the Senate on July 26 by a vote of 20-10.

This is the third of five Pro-Life bills on Governor Abbott’s special session agenda to be passed by the Texas House. Texas Right to Life thanks Chairman Smithee’s diligent efforts in carrying this bill through many sessions. We are also thankful for Governor Abbott’s work in placing this strong Pro-Life bill on the special session call and look forward to the arrival of Pro-Life Health Insurance Reform on his desk for signature into law. 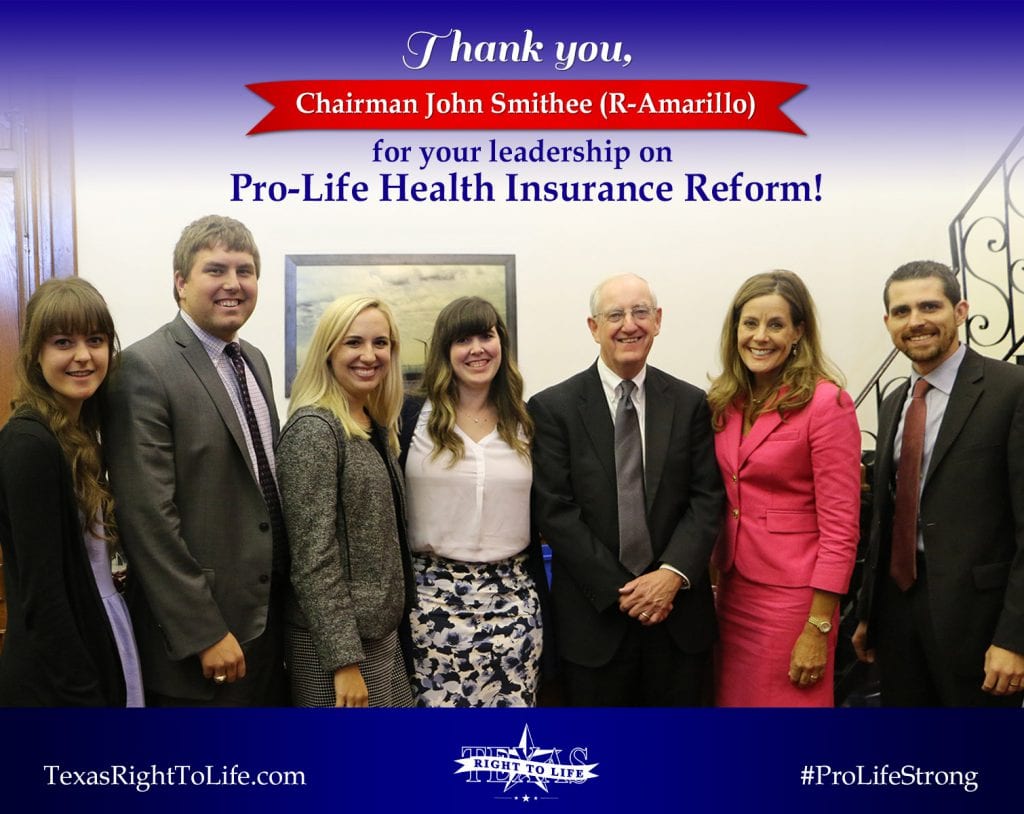