You are at:Home»Legislation»Blog»Successful first day in the 84th!

As the House and the Senate officially began the 84th Session yesterday, the Texas Right to Life Legislative Team was in the Capitol to witness the swearing in of both chambers and celebrating a new session with some new and old friends in the Texas Legislative arena.


The Senate kicked off the day with their swearing in ceremony. There were eight members sworn in yesterday that were not in the Senate in 2013. The Senate is a totally different chamber thanks to Pro-Life voters who saw fit to elect some great advocates (pictured above), like Bob Hall (R-Greenville), Konni Burton (R- Fort Worth), Van Taylor (R-Plano), and Don Huffines (R-Dallas).


There was a packed gallery in the House chamber for the swearing in of the 150 member body. For the first time in 40 years, there was a contested race for the Speaker of the House. 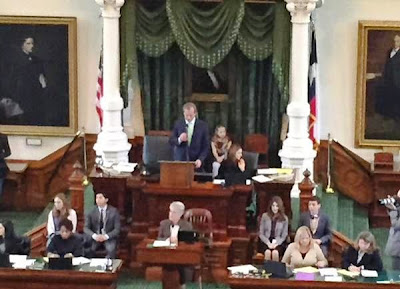 Back over in the Senate, out-going Lieutenant Governor David Dewhurst gave a touching farewell speech after other Senate members spoke highly and kindly of the staunch Pro-Life advocate who has occupied the Senate's top seat for 12 years. “I consider myself the luckiest man on the face of this earth,” Dewhurst said. “I want to thank all of you for your support… Thank you most of all for loving our state, long may she reign. God bless you.”


The team headed over to a special reception for Senator Don Huffines as he celebrated his first day in the Texas Senate. Sen. Huffines beat a long and deeply entrenched incumbent in 2014. Texas Right to Life proudly supported his campaign and is ready to start working with him to protect LIFE!


Senator Huffines talks with Texas Right to Life Directors, Elizabeth and Jim Graham at his reception. 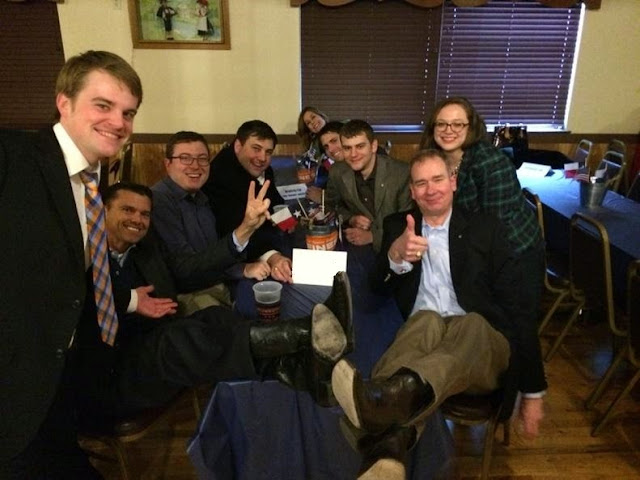 Then we met up with some of our Life, Liberty, & Property Tour partners! This is the awesome team from Empower Texans!

What a great first day it was!