You are at:Home»News»Issues»Abortion»Pro-Lifers stand with Daleiden, deliver 110,000 petition signatures to Harris County DA

Houston, Texas- February 4, 2016: Today, a Pro-Life coalition led by LifeSite and the Christian Defense Coalition delivered a petition with more than 110,000 signatures from people standing with David Daleiden and Sandra Merritt against a miscarriage of justice.  The groups gave the petition to the office of Harris County District Attorney Devon Anderson, demanding that the DA drop the charges against the investigative journalists with the Center for Medical Progress.

Daleiden turned himself in to authorities this morning with supporters and Pro-Life student groups holding signs and cheering for him.  11 Pro-Life groups and several individuals from across the country spoke at the press conference, including Daleiden and spokesmen from two legal groups representing him.  Dozens of supporters from the Houston area and beyond gathered, many of them holding signs with messages of encouragement for Daleiden. 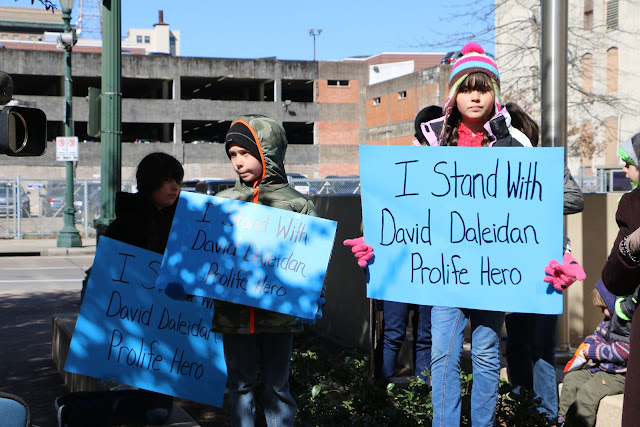 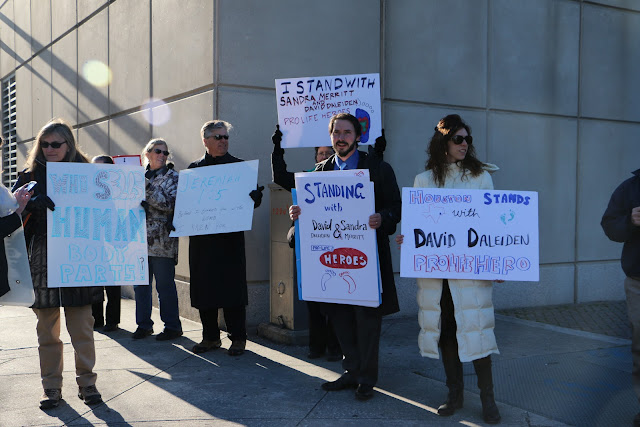 Regardless of a Harris County’s grand jury indictment last week of the citizen journalists Daleiden and Merritt, the videos they have released show the gruesome, inhumane, and illegal practices of Planned Parenthood.  The videos show evidence of both the manipulation of abortion procedures for the purpose of harvesting organs and the sale of the body parts of babies killed in abortion for profit.

Texas Right to Life’s Senior Legislative Associate Emily Horne expressed solidarity with Daleiden and addressed the changes needed in Texas law.  Horne stated that “the notion that any of Planned Parenthood's actions [in the videos]could be legal may be the most disturbing revelation of all.”  She urged the DA to drop the charges and to investigate Planned Parenthood further.  She said Texas Right to Life “will not accept this injustice,” and in the next legislative session lobbyists for the group will introduce a Dismemberment Abortion Ban.   Horne noted that even the grand jury that wrongfully indicted the citizen journalists did not deny that the videos are real. 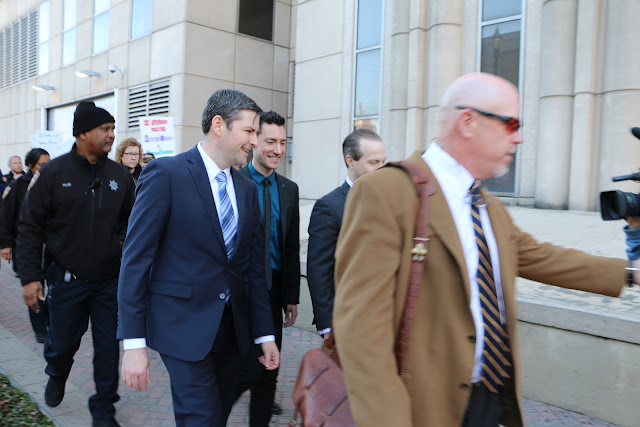 We urge Anderson to drop these baseless charges and spare the taxpayers of Harris County the expense of a trial for the purpose of political posturing.  The illegal business practices and the barbaric disregard for human Life caught on camera by the journalists show the harsh reality of abortion in our state.  Texas will hold Planned Parenthood accountable for their illegal activity.  Further, concerned Texans will ensure that our laws no longer allow for the most defenseless among us to be violently dismembered and their body parts sold for profit.