Center for Medical Progress leader David Daleiden is being sued by Planned Parenthood, which is tenuously claiming that the manner in which the CMP obtained their undercover footage was illegal (note: Planned Parenthood is not contesting the content of those videos – because they can’t).

In spite of Planned Parenthood’s laughable attempt to intimidate Pro-Lifers with the lawsuit, Daleiden apparently could not be more tickled that the project has finally resulted in legal pushback from Planned Parenthood.  “Game on,” Daleiden told BuzzFeed News.  “I look forward to taking the depositions of all the Planned Parenthood CEOs who profited off of their business relationship with StemExpress.” 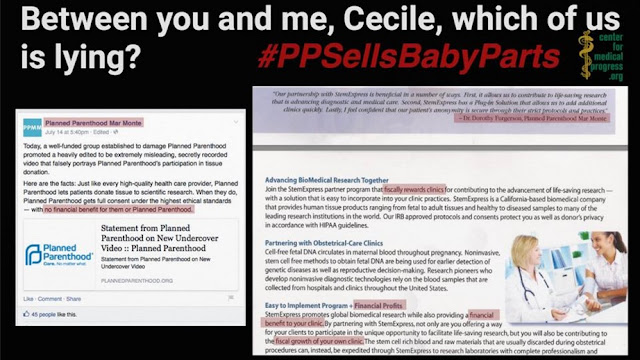 Until now, only Planned Parenthood’s disgraced comrades, StemExpress and the National Abortion Federation, have brought legal action against CMP.  Planned Parenthood, on the other hand, has been busy playing defense and clean-up since the videos began trickling out.  They’ve also experimented with pathetic attempts at deflection and playing offense.  Maybe having a breather from all the congressional scrutiny that came in the immediate aftermath of the video releases emboldened Planned Parenthood to take their own legal action.  However, the lawsuit promises to be a spectacle – and not one that will be beneficial to Planned Parenthood’s wounded PR department.