Abortion lobbyists have rallied a small group of Planned Parenthood clients they are calling Jane Does to testify against the state’s termination of the abortion giant’s Medicaid contract.  The “Jane Does” filed a lawsuit against the state, claiming that Texas is infringing on their “right” to choose which provider they want under Medicaid regulations.  They believe, misguidedly, that this right will be undercut by Planned Parenthood’s pending removal from the joint federal-state Medicaid program.

As the state has underscored, Planned Parenthood affiliates rendered themselves ineligible for participation in the program by committing illegal acts which violated the terms of their contract with the program.  These acts effectively remove Planned Parenthood from eligible providers from whom Texas Medicaid recipients may choose.  Texas did not – as anti-Life advocates insinuate – decide that Planned Parenthood should be ejected from the program in the absence of their documented abuse of the system.

Among these violations are multiple severe instances of Medicaid fraud.  At least two major Texas Planned Parenthood facilities have been caught stealing egregious amounts of money from Texas taxpayers by overbilling the state for their services, and in many cases billing for “services” that were never even rendered.  In Dallas, for example, Planned Parenthood of North Texas was caught billing taxpayers for contraceptives in the names of Medicaid recipients who had already been sterilized. 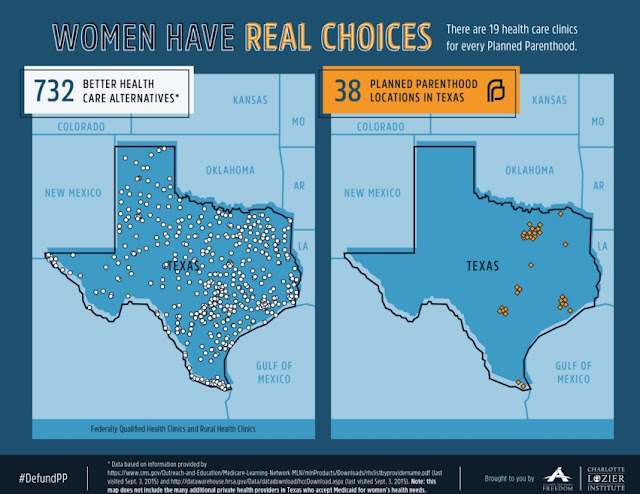 Texas women deserve better than an organization that commits fraud, lies to women, and kills their children.  They deserve real, comprehensive healthcare.