You are at:Home»News»Issues»Abortion»Mourners Attend Funeral for Aborted Babies

More than 1,000 people attended the funeral service for 17 aborted babies whose remains were discovered earlier this year in a trash dumpster used by the Woman’s Choice Clinics in Lansing and Saginaw, Michigan.  Members of the Citizens for Pro-Life Society discovered the fetal remains of aborted babies in the dumpsters outside the clinics.  In addition to the remains, patient documents, including the names of women who obtained abortions as well as bloody instruments, were also visible.

Mourners filled St. Mary’s Cathedral on Saturday to pay their respects to the 17 babies victimized by abortion.  Bishop Earl Boyea of Lansing presided at the funeral Mass and grave site service, along with several other priests as concelebrants.   An honor guard of 50 Knights of Columbus and 17 children carrying roses were part of the opening procession as the small white coffin which held the remains of the aborted babies was brought to rest in front of the altar.

Following the funeral Mass, more than 500 attended the burial service in St. Joseph’s Cemetery where the remains of the 17 unborn babies were laid to rest.  During the burial service, anyone who had suffered the loss of a child was able to place a red rose on the aborted babies’ coffin.  When the white infant coffin was lowered into the ground, children gathered around and even helped shovel dirt into the grave.  Afterwards, children assembled in a circle around a basket and helped release a white homing dove—which flew away as a sign of peace and hope.  Dr. Monica Migliorino Miller, director of the Citizens for Pro-Life Society, told LifeNews.com, “It was clear that, for many, the funeral rites were a very moving experience.  Even women who had abortions were present.”

The babies’ funeral comes after several months of an ongoing investigation into the Woman’s Choice clinics that involve the Michigan Attorney General’s Office as well as the Eaton and Saginaw County Sheriff’s Departments.  The callous disregard for human body parts and patient confidentiality ultimately led to a package of bills in the Michigan legislature that would require a more dignified disposal of aborted or miscarried children.  The new package of bills passed the Senate on November 10 by a vote of 30-8.  However, the House will consider the bills when legislators convene for a new session in January of 2011. 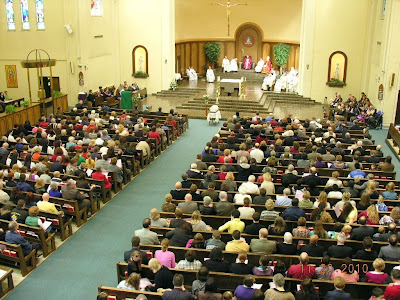 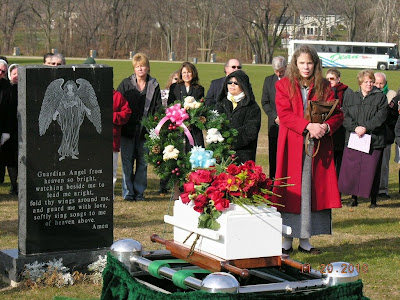