You are at:Home»News»Issues»Abortion»Local news features powerful testimony of a woman who regrets her abortion

If you watched the Houston news earlier this week, you may have been surprised to see an unabashedly Life-affirming response to the latest revelations of scandal at Planned Parenthood Gulf Coast.

In a segment on ABC 13, reporter Kaitlin McCulley acknowledged that the videos released by the Center for Medical Progress “are bringing back painful memories for women who have had abortions.”  McCulley interviewed one woman in that difficult position, Karen Perez, regional director of Silent No More.  Houstonians may remember Perez, who spoke last week at the #Women Betrayed Rally outside the very same Planned Parenthood featured in the latest video. 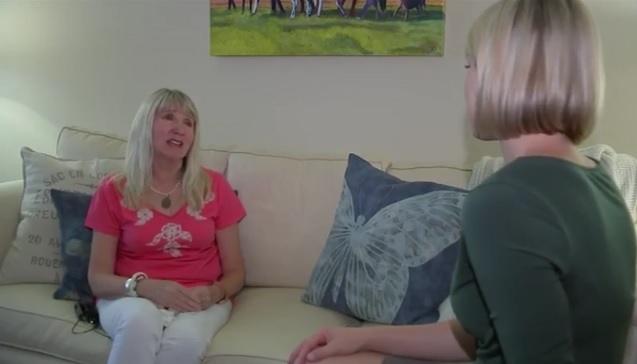 Perez speaks candidly in the interview about the child she lost to an abortion shortly after she was married 41 years ago.  While she has three living children, Perez tells the interviewer that she answers people who ask that she has one child in heaven as well.  Perez also describes the feelings of regret and guilt she experienced after the abortion, a perspective that is often ignored in the mainstream media’s effort to normalize abortion.

The undercover videos bringing back painful memories contain callous discussion of the dismembering of preborn children, whose organs are ostensibly being sold to “medical researchers” for profit.  Additionally, the last three videos contain graphic images, as the actors posing as “buyers” are escorted into the lab where the remains of aborted babies are kept.  Shockingly, lab technicians are shown on camera sorting the organs, exclaiming that the preborn baby is “another boy,” and discussing the monetary value of intact fetal organs.

These videos would rightly be shocking to anyone, but to a woman who was told, as Perez describes, that the child she aborts is “just a blob of tissue,” they can be even more disturbing and upsetting.  One woman describes in a post on Planned Parenthood’s Facebook page  her emotional distress after seeing the first video.  She states after watching the video of a top Planned Parenthood abortionist discussing “fetal tissue” procurement:

I am simply sick.  And to casually have this conversation eating and drinking wine.  I have been an advocate a long time.  Right now I’m drinking wine as I consider the decision I made at 16 to have an abortion at Planned Parenthood. Was my baby for sale?  I am damn near suicidal.

Despite the emotional difficulty of the recent revelations, Perez says that she has watched CMP’s videos in their entirety.  She tells McCulley, “I’m happy…we’re finally able to see what we’ve known all along: that these are our babies.”

McCulley’s thoughtfully produced segment highlights the experience that many women are having as these shocking videos are released.  The piece is a reminder of the difficulty some women face in seeing the unethical and inhumane practices of Planned Parenthood, the largest abortion business in the nation.  Yet, as Perez so beautifully demonstrates, there is the opportunity for healing after abortion.  While the videos may be deeply disturbing, we pray that the videos might be for some women the first step toward healing.

For more information about Silent No More, visit their website.

For information about a ministry for post-abortive healing, visit Rachel’s Vineyard.