You are at:Home»News»Issues»Abortion»House passes HB2, video of disrupter being carried out
Wednesday, July 11th marked the final vote on House Bill 2, the prolife omnibus bill.  HB 2 allowed Texans to #Stand4Life against the abortion extremists angry mob. 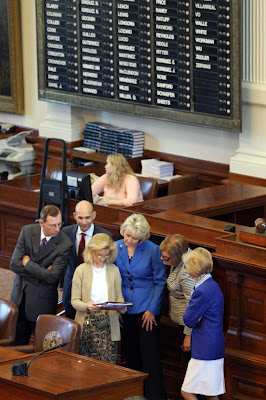 Pro-Life legislators supported of Representative Jodie Laubenberg (R-Rockwall) as she presented ‪HB 2‬‬‬ for the 3rd and final reading in the House. 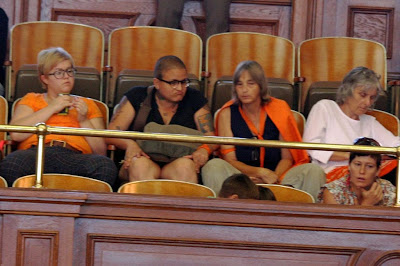 Though the orange bullies were small in number; these pro-aborts were intently focused on the proceedings, looking for any small opening to invoke an outburst. 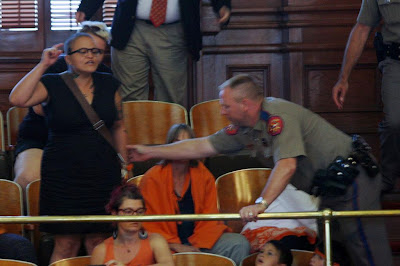 At the motion to pass the legislation, her shouts began… 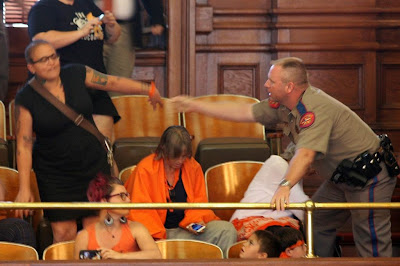 We are saddened that those opposed to the legislation are so militant over their alleged “right” to kill babies. 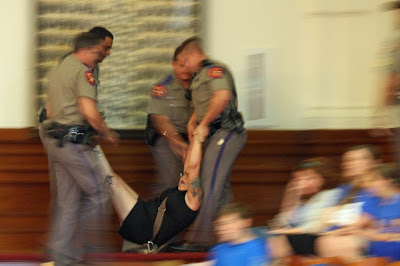 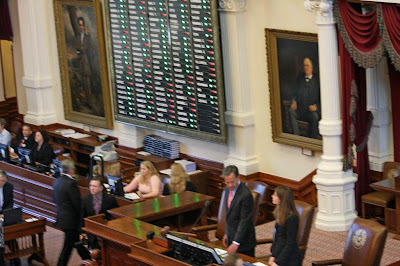 With ineffective disruptions by opposition, the voting continued with the Texas House passing HB 2 with 96 ayes, 49 nays. 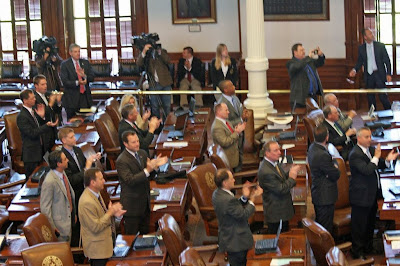 House members applauded the passage of the Pro-Life Omnibus bill.
House Bill 2 now moves to the State Senate, where Lieutenant Governor Dewhurst presides as president of the Senate.  He is eager to shepherd HB 2 across the finish line.  Floor debate is expected to be on Friday, July 12 at 2:00 p.m.  We need YOU in the Senate gallery to join us as we #Stand4Life.  Be a true-“blue” Texan; join us in Austin for the final passage of this life-saving measure.  Come early and plan to stay all night.