You are at:Home»News»Issues»Abortion»Hidden rosary is a symbol of Life outside new San Antonio mega abortion mill

San Antonio Pro-Lifers have battled for more than a year to stop a mega abortion facility from opening in their city.  Despite zoning violations and strong opposition from residents, Planned Parenthood has slithered their way through the system.  The cards have been stacked against the will of the people (especially after the abortion giant donated large amounts of money to city officials), but outside the facility lies an unseen beacon of Life.

This summer, construction workers poured concrete for a sidewalk at the corner of Babcock and West Beverley Mae Drive while San Antonio Pro-Lifers gathered outside the soon-to-be abortion mill, praying the facility would not open.  Krysten Haga, a team member with 40 Days for Life in San Antonio and volunteer with the San Antonio Coalition for Life, said something special happened that day.  “A woman asked the workers if she could put her rosary in the cement,” Haga said.  “They were wary of letting her do it at first, but they agreed.”  Today, the rosary remains in the sidewalk, serving as a constant spiritual presence. 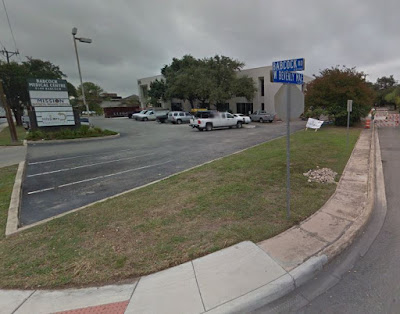 “I say a prayer every time I walk past the spot,” Haga continued, calling the hidden rosary a symbol of hope.  “It’s still there with those mothers when they’re in [Planned Parenthood]…  No matter what’s going on, God’s presence is still there.”

San Antonians like Haga combine their spiritual, Pro-Life dedication to create a daily presence outside the recently-opened Planned Parenthood (San Antonio’s largest abortion mill).  However, no matter the day or the hour, a symbol of faith always shines for Life even when eyes cannot see.