You are at:Home»News»Election results puts anti-Life RINOs on notice

VOTERS DID NOT FORGET: Pro-Lifers in blue stood up for Life at the Texas Capitol in 2013 after anti-Life activists stormed the building in an undemocratic effort to halt urgent Pro-Life legislation.

On Election Day, March 14, 2014, the enemies of the American Democratic Republic were thrashed and humiliated.

Texas Right to Life AGAIN won every major race we targeted. While most states were blessed with fabulous victories — including upsets of entrenched, pro-abortion politicians, no state enjoyed the millions of conservative ballots that were cast in Texas.

Greg Abbott permanently ended the political career of Abortion Barbie Wendy Davis. Davis actually received 300,000+ less votes than Bill White garnered in 2010 against Governor Rick Perry, also a mid-term election and national defeat for liberals. Even liberal politicos are worrying that Davis’ strident abortion views and famous filibuster cost her votes and may have done irreparable harm to Obama’s Battleground Texas and the Texas Democrat Party Pride goes before destruction, a haughty spirit before a fall.

Senator Dan Patrick, who — like Abbottt — ran a very effective campaign, dramatically defeated pro-abortion Leticia Van de Putte, who will return to the Texas State Senate with Patrick at the helm as our next Lieutenant Governor.

Conservative Pro-Lifers won every statewide office and even picked up a few new seats down the ballot — adding to an already strong majority is a difficult task.

The Texas delegation to the United States Congress, which is already the largest conservative Congressional delegation, added even one more when Will Hurd (Congressional District 23, San Antonio) unseated pro-abortion incumbent Pete Gallego. Gallego had achieved a zero record on protecting innocent human life during his tenure in the State House.

The State Senate seat formerly held by Davis will now be represented more appropriately by staunch Pro-Life conservative Konni Burton (Senate District 10, Fort Worth). The loss of SD 10 is a huge tactical loss for the Senate Democrats and Republicans In Name Only (RINOs).

Lieutenant Governor-Elect Dan Patrick should easily have the votes to end the Blocker Bill used by Democrats and RINOs to stop all conservative measures without leaving any fingerprints. The Senate is now more conservative than the House, an unprecedented, but welcome and long-overdue event. All conservative grassroots membership organizations (the ones labeled “outside groups” by the RINOs who would like us to leave the capitol) will rightfully expect a spate of long-sought movement bills to be sent from the Senate to the House early in the Session. 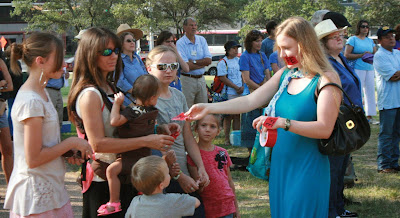 VICTORY!
Texas Right to Life worked like we were about to lose everything this election by holding
Pro-Life rallies across Texas while working closely with supporters and allies.

The elevations of Ken Paxton to the office of Attorney General and Sid Miller to Agricultural Commissioner marked two sweet, telling victories for true conservative Pro-Lifers and stinging defeats for RINOs.

Paxton challenged Joe Straus, the Speaker of the Texas State House, for the gavel in 2011. While stopped in that challenge, Paxton was elected in an open primary for State Senator; his run at Straus had made him a hero to the grassroots. In his primary race for Attorney General, Paxton permanently ended the political career of Straus RINO Dan Branch, who spoke of aborting children with fetal abnormalities on the floor of the House in 2005.

Sid Miller was reviled by the moderates and pro-abortion Democrats for partnering with then-Senator Dan Patrick to pass the strongest Sonogram Law in America. Miller and Patrick were only able to pass this legislation because Governor Perry fast-tracked the bill through procedural hurdles, infuriating the RINOs who preferred to fast-track such moral priorities as transportation and lottery expansion.

In his bid for re-election to the State House in 2012, Miller was defeated by a pro-abortion RINO (J.D. Sheffield) when thousands of pro-abortion Democrats crossed over and voted in the Republican primary. (We need to close the Texas primary to end this type of abuse.)

The elevation to statewide office of two men Straus and his allies tried to destroy in the State House should elate the conservative movement and concern any Straus ally who eyes higher office. 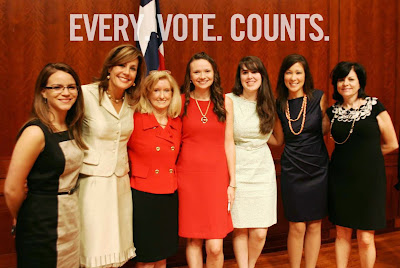 Texas Right to Life worked this election season, with the support from people like you,
for the innocent unborn babies, the ill, the elderly, and for what is simply the right thing to do.

TEXAS LEGISLATORS ON NOTICE: MUST LISTEN TO THE VOTERS

State government RINOs must ask themselves if they will again try to obstruct the conservative agenda when the 84TH Texas Legislature convenes in January. Will House Republican leadership and the Senate RINOs try to stop conservative bills now that Texan and American voters have expressed their disgust and animosity toward Obama, progressives, and all liberal policies?

If only one token conservative bill is passed again by the State House in 2015, the grassroots will have ample evidence, reason, and painted targets to again RINO-hunt in March of 2016 and enforce term limits at the ballot box. How many more state senators and representatives are prepared to end their political careers attempting to thwart the conservative agenda?

The entire 2014 election cycle has been an unmitigated success for the conservative movement. The battle now moves to Washington and Austin with the finest Pro-Life Texas conservative army ever elected.

To God be the glory.