You are at:Home»News»Issues»Abortion»Anti-Life group spews lies and hatred at Pro-Life marches around nation

The anti-Life members of Stop Patriarchy, known for their off-the-wall demonstrations about the so-called “right” to abortion, were out in force this weekend as Pro-Lifers across the nation marched for the constitutional rights (i.e., the Right to Life) of the preborn and their mothers.

Despite the vitriol and aggression displayed by Stop Patriarchy, Pro-Life activists peacefully engaged the protestors to counter their message of hatred.

At the March for Life in Washington, D.C., which was hundreds of thousands of Pro-Lifers strong in spite of severe weather conditions, Pro-Lifers inundated the Stop Patriarchy demonstration, even making their way to the front lines of the debacle: 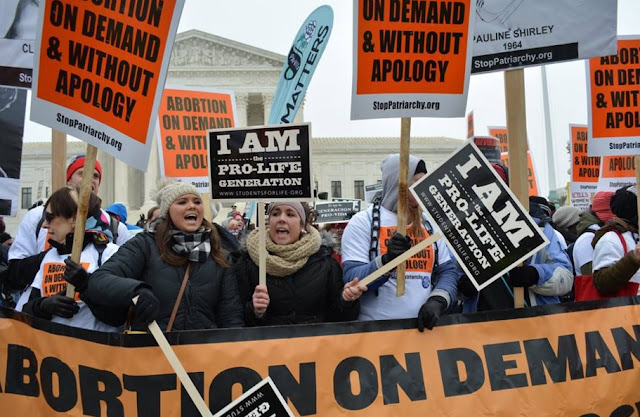 There, they engaged in peacefully countering the message of death proffered by Stop Patriarchy.  Women led the charge to show Stop Patriarchy that their claim to stand for women’s rights is misguided: 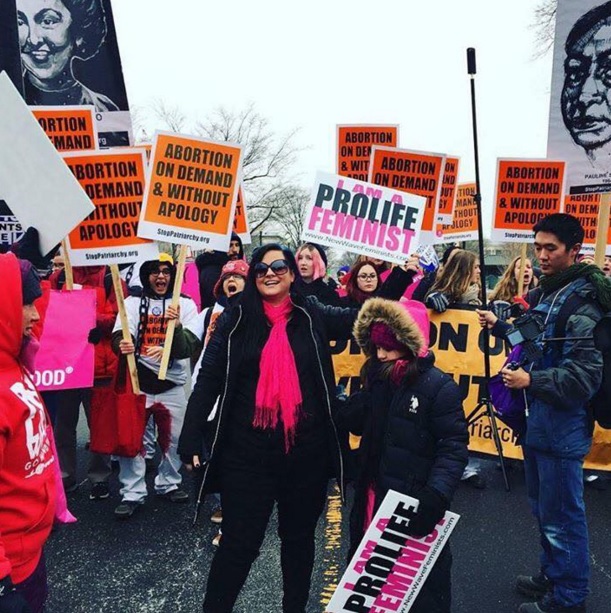 At San Francisco’s Walk for Life the next day, Stop Patriarchy attempted to increase the shock factor.  Members seethed with anger – some even went topless in an utterly fruitless effort to shock Pro-Lifers. 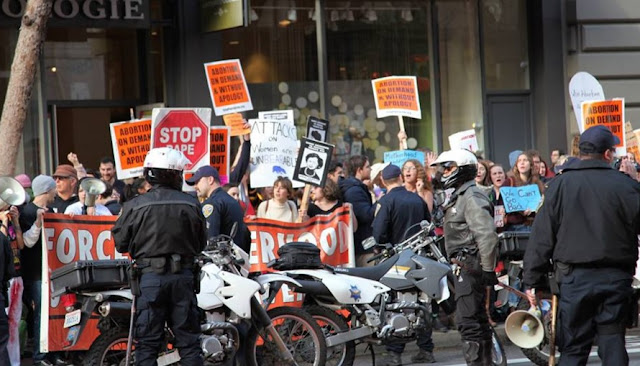 Stop Patriarchy’s message is, ABORTION ON DEMAND AND WITHOUT APOLOGY.

The group also showed up in Austin to protest the Rally for Life on Saturday.  A Texas Right to Life staffer captured the following video of the ridiculous anti-Life demonstration:

Like sheep, Stop Patriarchy members recite whatever their leaders say.  When Pro-Lifers attempt to engage in dialogue with members, Stop Patriarchy gesticulates and curses, seemingly unable to provide a defense of their wild position.  A favorite chant at the Austin rally was, “Women need abortions and that’s a fact!  Providing them, a heroic act!”

At all the Pro-Life events attended by Stop Patriarchy over the weekend, female demonstrators wore blood-stained pants.  Their so-called “free bleeding” is an attempt to claim they have achieved “liberation.”  Their “free bleeding” is also supposed to indicate the dangers of back-alley abortions.  Not surprisingly, Stop Patriarchy has bought wholesale the lie of back-alley “coat hanger” abortions.  In actual fact, so-called “safe and legal” abortion is more dangerous and exponentially more common than the illegal abortions of yesteryear, which were committed in doctor’s offices – not back alleys.

Stop Patriarchy may seem like an excessively radical faction of the pro-death movement; however, their actions and theatrics more closely mirror the mindset of the abortion industry than most other anti-Life groups.  While groups like Planned Parenthood hide behind a façade of women-targeted marketing and pretty pink billboards, Stop Patriarchy embraces the bloody reality of abortion.