You are at:Home»News»Issues»Abortion»383 Houstonians stood for LIFE and 1 baby was saved at #WomenBetrayed Rally on Tuesday

The Houston #WomenBetrayed Rally on Tuesday was wildly successful, with 383 Pro-Life attendees, a full lineup of impassioned speakers, and a baby saved from abortion!  Despite a heat index of 115 degrees, crowds packed together outside of Houston’s Planned Parenthood Gulf Coast – one of the world’s largest abortion mills, which was explicitly mentioned by abortionist Deborah Nucatola in the Center for Medical Progress’ first explosive video release as having “the largest research program, they have a multi-million dollar budget.  I think they are very well connected.” 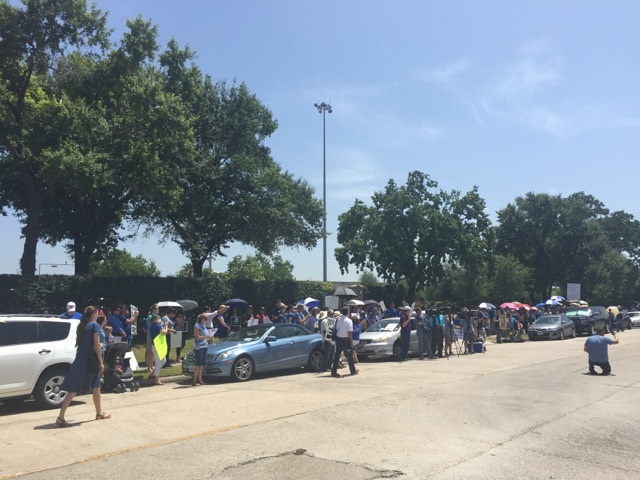 Texas Right to Life’s General Counsel, Emily Kebodeaux, emceed the event.  Speakers included Dr. Mary Catharine Maxian, a Houston physician who has decried the abortion industry’s manipulation of women and has lent her medical expertise to Texas Right to Life for years.  Dr. Maxian shared that she has seen many cases of botched abortions in her medical career, and that women are not apprised of risks or alternatives prior to undergoing the Life-ending procedure.  Beverly Ferguson, representing Congressman Brian Babin, commanded the attention of all present, stating: “The acts of Planned Parenthood are despicable, unthinkable, and barbaric.”

Local Pro-Life leaders, Myriam Chavez and Christine Melchor, spend their days on the front lines of the Pro-Life movement.  Chavez addressed the crowd in Spanish and explained the inhuman manner in which the abortion industry treats women and minorities in Texas.  Melchor talked about Houston Coalition for Life’s Big Blue Bus, which provides free ultrasounds directly across the street from Planned Parenthood. 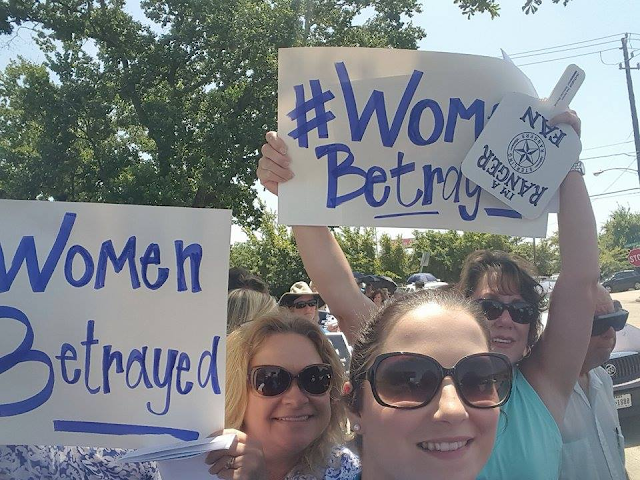 Among the speakers was Emily Horne, Senior Legislative Associate for Texas Right to Life, who drew shouts and applause for stating frankly the injustice in Planned Parenthood’s fetal body parts trafficking: “Last time I checked,” she said, “organ donors are supposed to give their consent.”  Horne noted that Planned Parenthood’s history is rife with scandal, including continuing to operate in clinics with multiple safety violations; well documented cases of Medicaid fraud; and being caught on other videos covering up sex trafficking and statutory rape.  “The time to act is NOW,” she concluded.  And Houston agreed. 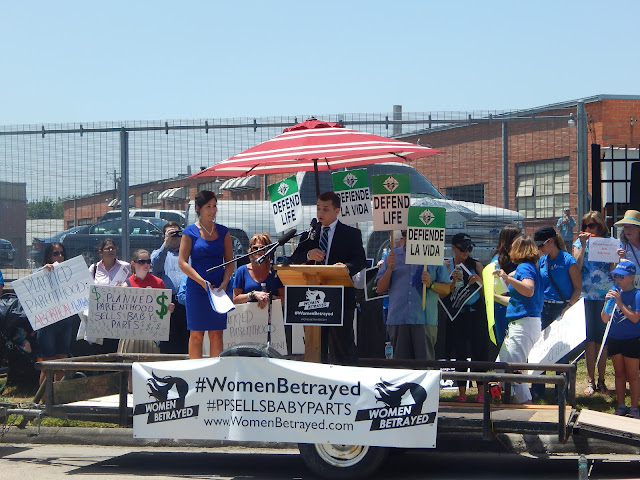 Enthusiasm for #WomenBetrayed continued even after the attendees returned home on Tuesday, because news was publicized that a baby was saved from abortion thanks to the efforts of a sidewalk counselor during the rally.  The counselor provided a pregnant woman entering Planned Parenthood to begin the abortion process with a coupon for a free ultrasound at the Big Blue Bus adjacent to Planned Parenthood.  According to Christine Melchor, who heads operations at the Houston Coalition for Life and the Big Blue Bus, 9 out of 10 women who view an ultrasound on the bus choose Life for their babies.  According to LifeSite News, Melchor said:

“As we were preparing her for the ultrasound the boyfriend could hardly wait to get her out of the bus, and was acting rudely towards her, but through the grace of God she stayed for our ultrasound.  We were able to show them both their 10 week unborn child on the big screen T.V. that is the monitor for our ultrasound machine.  The baby could be seen so well with his or her little heart just beating away and moving around in the gestational sac!”

According to Melchor, the image moved both mother and father.  “The mother was very happy and excited, and even the boyfriend was smiling.  They left with the woman saying that she was not going to abort, and she made an appointment to return for another free ultrasound in two weeks.”

Sixty-five cities held #WomenBetrayed rallies across the country on Tuesday, drawing more than 12,000 participants in total and many members of the media.  Students for Life of America President Kristan Hawkins reports that initial media coverage of the rallies was historic, with the story reaching more than 300 million people and generating over $5M in earned coverage for media outlets.  Thanks to all who made the Houston #WomenBetrayed Rally one of the largest in the nation, and, most importantly, made the day a Life-saving endeavor. 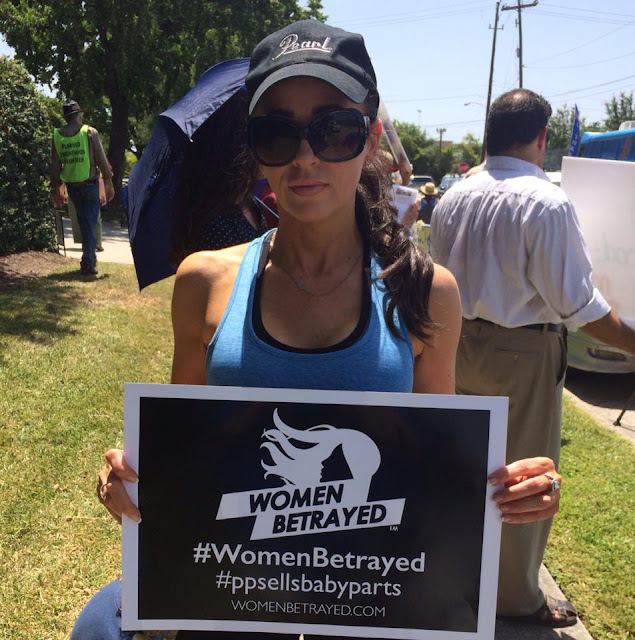